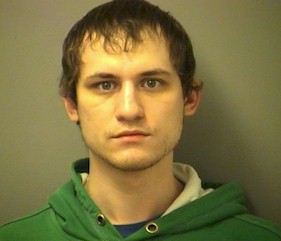 On February 1st, troopers were dispatched to an address in Alpena Township for a possible drug overdose.

During the investigation, troopers located an amount of suspected cocaine belonging to Schmidt, and he was subsequently arrested for possession of cocaine.

Just a week earlier, Schmidt was arrested on similar charges in Bay County, when troopers from the Michigan State Police found Schmidt unconscious in his vehicle on I–75, with a tray of white powder residue on his lap, a straw in his hand, and a loaded pistol between his seat and center console.

He is due back in court in Bay County tomorrow, where he is facing two counts of felony firearm, possession of narcotics, and one count of carrying a concealed pistol under the influence.

Downtown fish mural to be completed this week