In the coming years, Alpena is looking to become a recycling hub for all of northeast Michigan.

Through grant money and recently $500,000 contributed by the county, they’ll build  a new recycling facility near the airport.

Going through the economic Development Agency, the Alpena Resource Recycling Board has applied for a grant of $4.7 million to build the facility.

President of the Board, Cindy Johnson said they’re required to come up with a 20 percent match for that grant. “We have a $1 million grant from EGLE and then the county just gifted us $500,000 from the ARPA funds and that gets us close to our match,” she said. 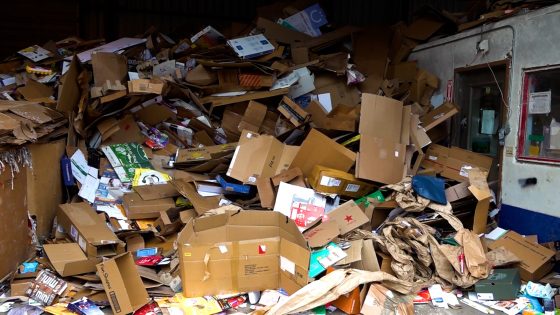 Alpena County has been focused on increasing their recycling operations in recent years, and the new facility would be a huge step. “Where it is right now, we’ll never be able to take more than we’re taking,” said Don Gilmet, Alpena County Commissioner. “The long term goal would be to turn this into the northeastern Michigan recycling center.”

The $500,000 from the county was given with the expectation that a recycling authority be formed. It would be responsible for all of the new facility’s operations and vastly increase the input of recyclables, something the area currently lacks. “Except for the other side of the state, Emmet County, there is nobody up here that does this,” said Johnson. “So, it would be a game changer for recycling in northern Michigan.”

The new facility will be located near Airport Road and is expected to begin operations in 2024.