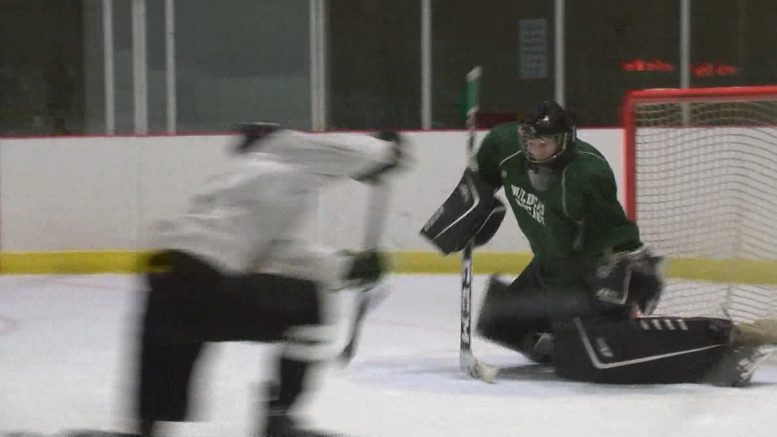 ALPENA — The Alpena Wildcats hockey team is looking strong this year, returning eight seniors including forward Kyle VanDusen, defenseman Owen Limback and goalie Cooper Black. In 2017, the Wildcats earned one shutout. Now in 2018 Alpena and Black already kick off the season with two shutouts in their first two games.

“Cooper made some saves that, you just shook your head and go I don’t know how that didn’t go into the net,” said Head Coach Chris Limback. “The kids just feed off of it.”

“I think we added some depth to the lines,” said Black. “To make it so that we can run three lines this year. Last year we were only rolling two, so Kyle VanDusen and Colby Plowman those guys got a little tired.”

The (2-0) Wildcats take the ice for their home opener at Northern Lights Arena on Friday, November 23rd at 7 p.m. against Grosse Pointe North. It’s going to be special for Coach Limback and his son Owen who are playing their last high school game together.

“It’s been great,” said Owen. “He knows what to do. He’s got knowledge on the game, so we can all learn from him.”