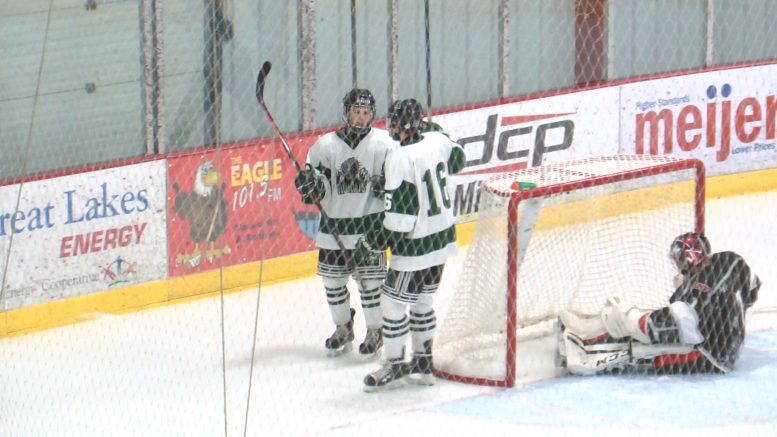 GAYLORD, MI — Alpena improved to 8-1-1 on the season following a 5-2 victory over the FNV Griffins. The Wildcats tied Detroit Country Day in the first game of the showcase and finished 1-0-1 on the weekend. Kyle VanDusen, Colby Plowman, Alex Cosbitt, Keegan Matthews, and Austin Ritter all scored against FNV. Collin Lightfoot also earned his victory between the pipes for the Wildcats this season.

Alpena is on the road in Traverse City when they take on T.C. Central on Friday for their next game.

Rogers City eliminated in first round of districts

Oscoda, Hale combine for a cure

Alcona hangs on to beat Posen despite fourth quarter push