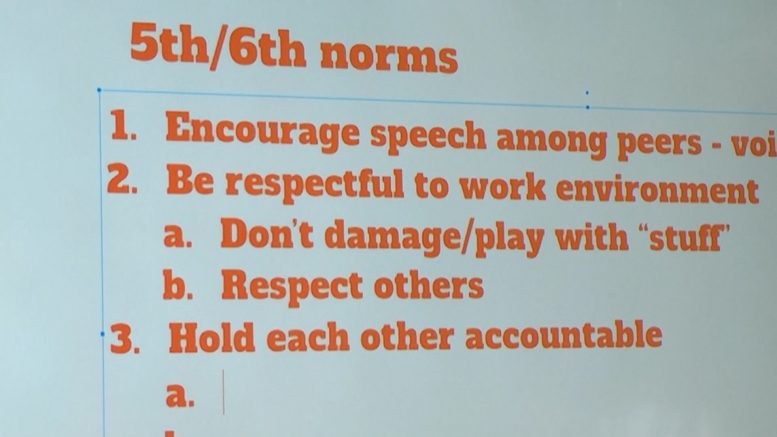 ALPENA, MICH — Today marks the first day back to school. Students are getting equipped to take on the year with an unconventional concept, making their own rules. Principal of Alpena High School, Tom Berriman says,

Staff at the high school took time over the summer to establish a guide for goals and consequences students should expect of themselves by using school pride as a baseline.

“We want to center everything around ‘What is a Wildcat?’ How does a Wildcat behave? A Wildcat has respect, is responsible, has integrity and has grit. And so these are kind of the four things that we’ve centered as the centerpiece of our culture, so that when we say to a student, ‘Are you acting like a Wildcat? are you being a Wildcat?’ they understand what we’re saying.”

Berriman says he hopes to carry plans made during culture week into the rest of the school year to produce citizens who will make a difference in the world.

“It just kind of goes a long way to producing the type of graduate that when we give them their diploma at the end of their four years, we feel confident that they can go into the work force and be productive members of society.”