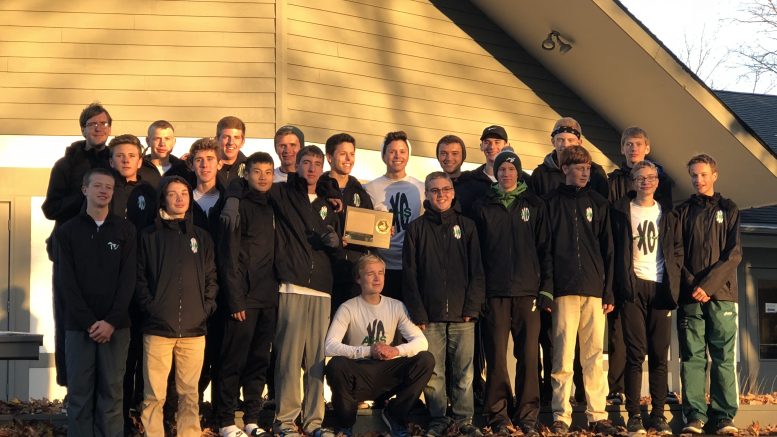 GAYLORD — The Alpena Wildcats traveled to Gaylord Tuesday, October 18 for the Big North Conference cross country finals, the meet that was worth the most points of three events. The boys team won the first race as a team and placed second at the next to Traverse City Central, so they needed to get the victory at the final.

In Gaylord, Alpena took 1-2-3 with Aden Smith finishing in 16:18.40 followed by sophomore Drew Seabase and senior Josh Smith, who won the previous two meets. After the final conference meet overall the results were Aden, Josh and then Seabase who helped the boys team win their first conference title in school history.

“It felt amazing, because our group of seniors we have been running with them since seventh grade,” said Aden Smith. “Just to have the great season we are having right now, and to top it off with the BNC at this moment makes things special for us.”

Twin runners Aden and Josh said it’s funny swhen one of them passes a runner and then the other, and the opponent looks confused that the same looking person passed them twice. Overall it is a fun time running together.

“I think this gives a lot of momentum going into the regional meet,” said Josh Smith. “Hopefully the state meet.”

The Wildcats hit the trail at the MHSAA LP Region 02-1 meet on October 27th at Delta College.

Here are the BNC Conference Finals results that were worth about 50 percent of their overall point total: https://www.athletic.net/CrossCountry/Results/Meet.aspx?Meet=143959&show=all