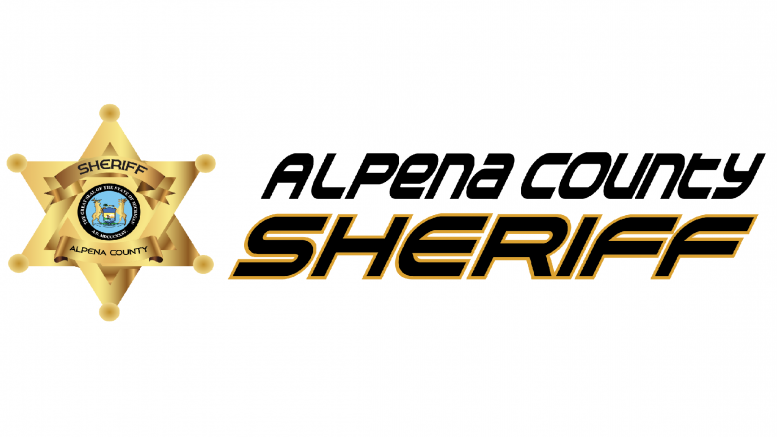 ALPENA, Mich. —Alpena County Sheriff Steve Kieliszewski has released a redacted version of the letter he sent to former Undersheriff Terry King that led to his resignation. In the letter, Kieliszewski outlines several cases which he says led to the decision to terminate King’s employment.

In total six separate incidents are outlined including one the sheriff refers to as a “major incident” during the Ella White gunmen complaint in March 2018.

Kieliszewski states that King was accused of sending a text to an individual that advised them that a person close to the investigation should avoid taking a polygraph as requested by the Alpena Police Department. According to the sheriff, he then made it clear to King that if these allegations were true that it would be a very serious matter that would lead to termination.

The letter states that King said he would not blame the sheriff for doing so, as well as that King denied ever sending the text.

The Michigan Commission on Law Enforcement Standards conducted an audit of the county’s background investigations, and found no significant violations.

Kieliszewski concludes the letter by saying he no longer has faith in King’s decision–making ability, and offered him the option to either resign by the end of business hours on June 24th or be terminated. King resigned and also announced his campaign for sheriff in 2020 in a release sent out late Monday afternoon.

In the release King states that it was clear to him Kieliszewski intended to terminate his employment, based upon what King calls “good–faith reporting of regulatory violations” that he wished to address.

King added that he has taken pride in serving the community over the years, and looks forward to demonstrating to Alpena County voters that he is the best candidate for sheriff in 2020.

Both Kieliszewski’s letter and King’s release can be viewed below. 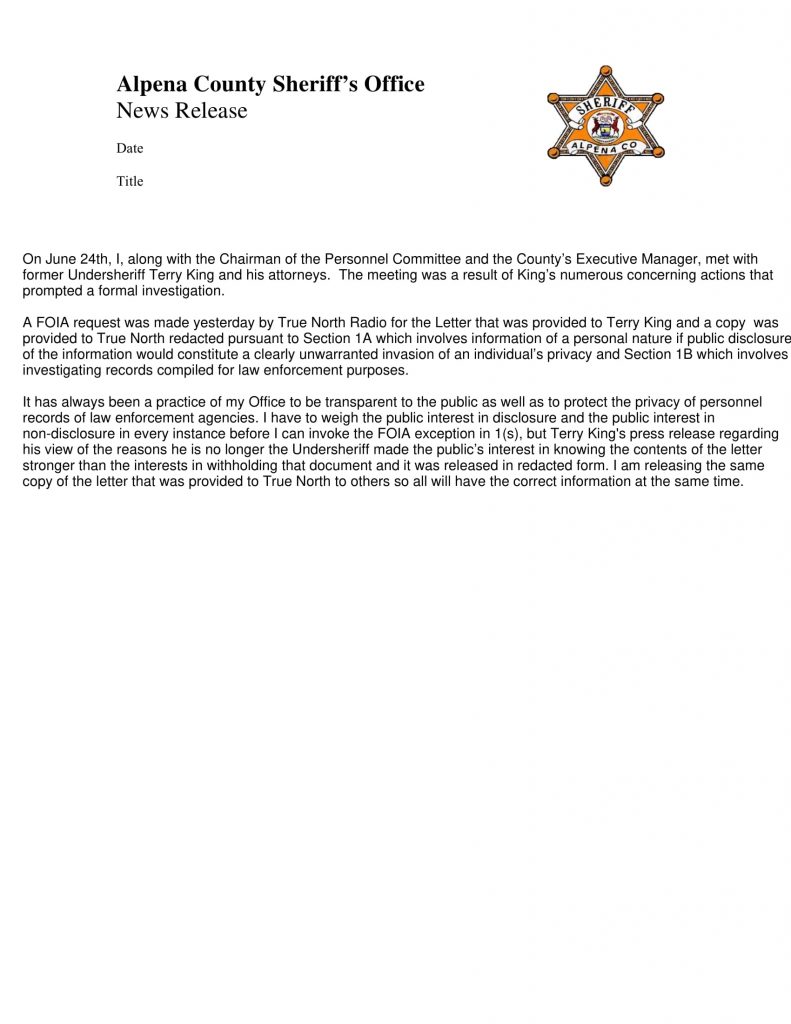 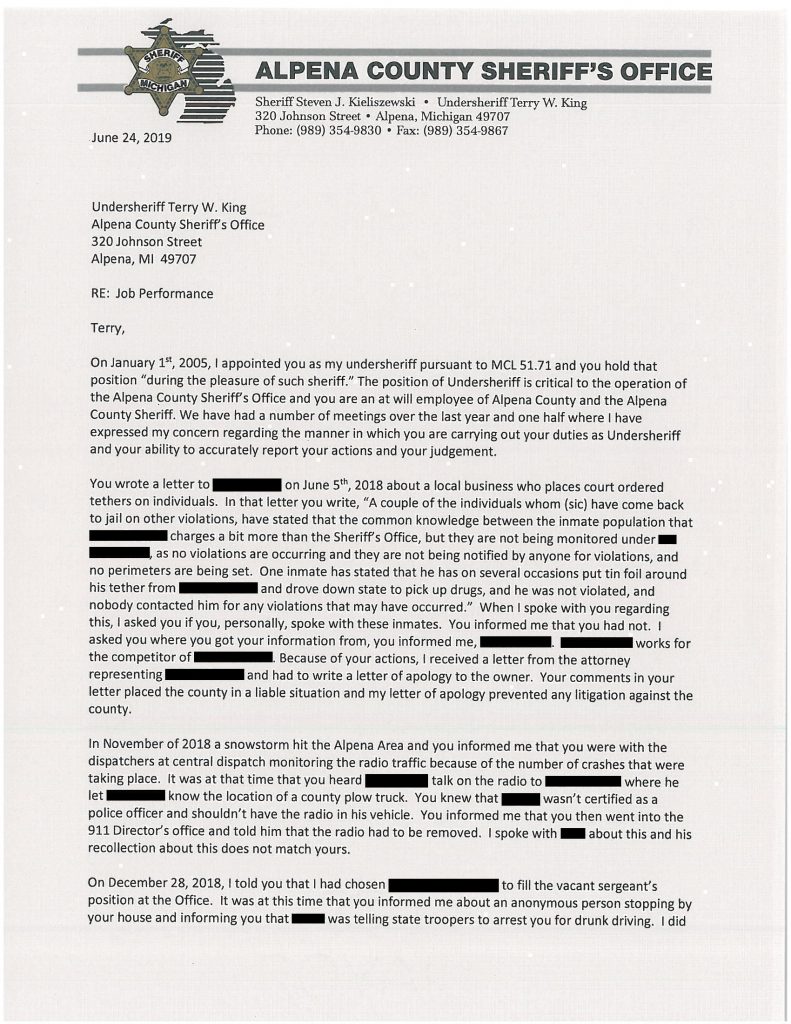 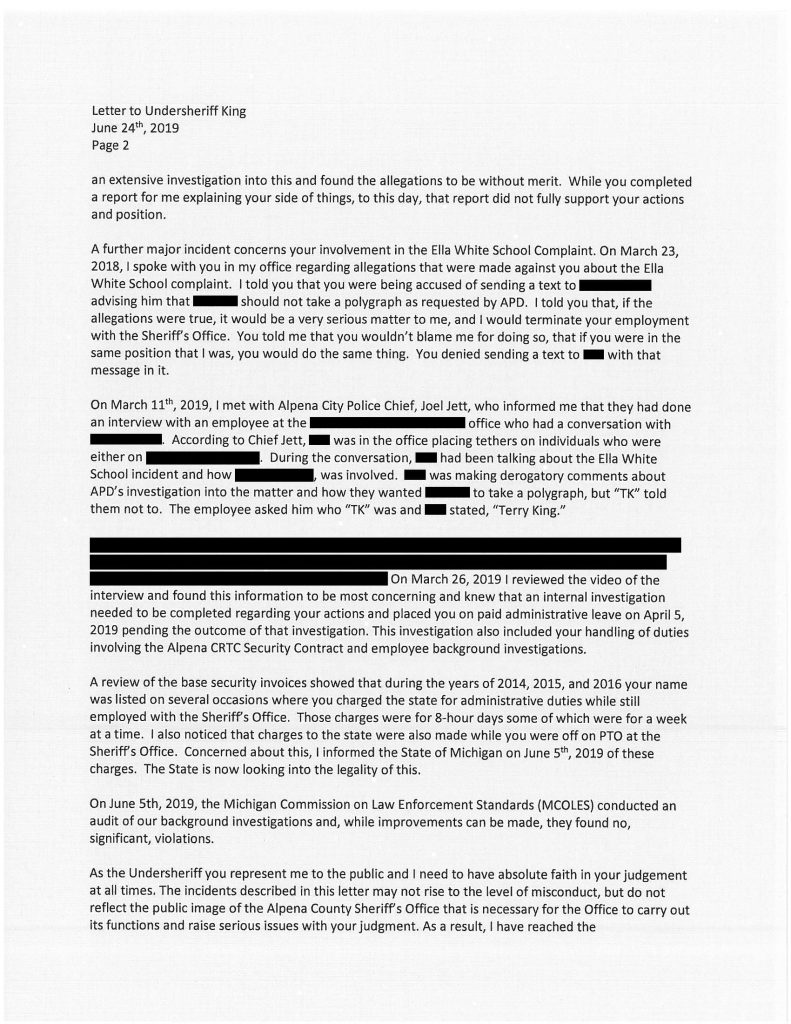 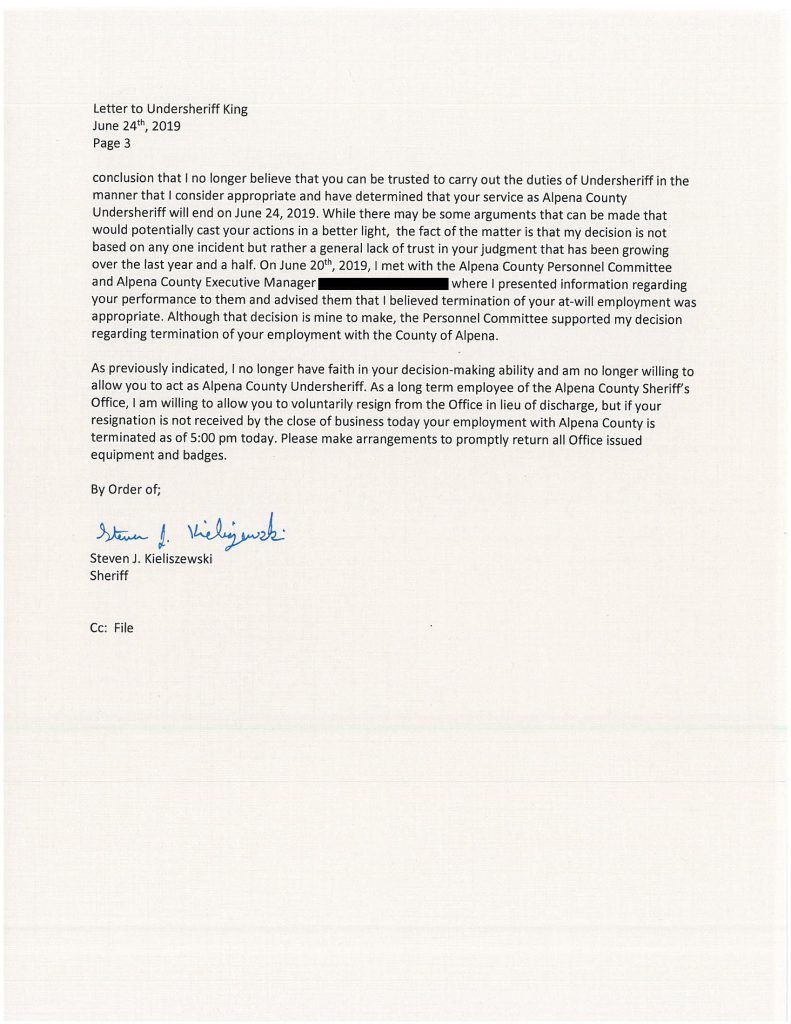 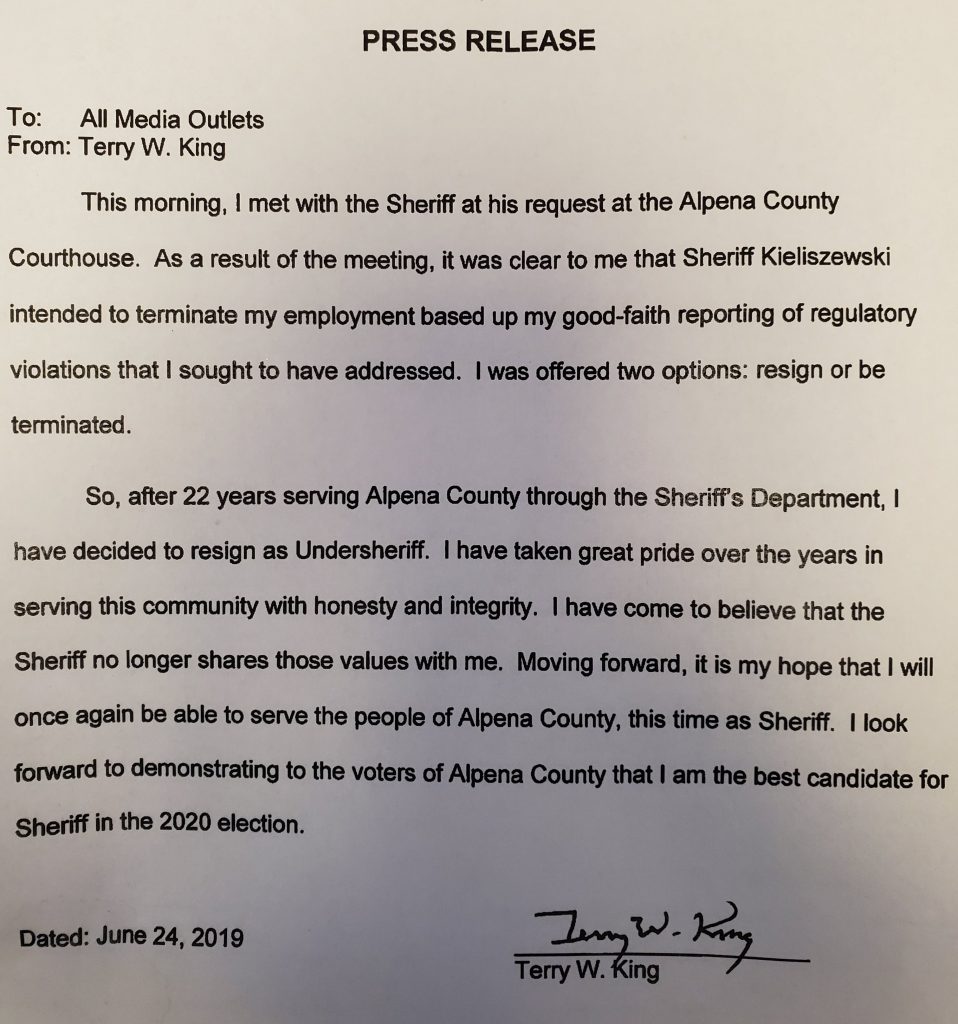 Alpena Car Crash Sends One Person to the Hospital

Pickup truck stolen and returned to owner in same evening

Over 200 breathalyzers removed from service by Michigan State Police