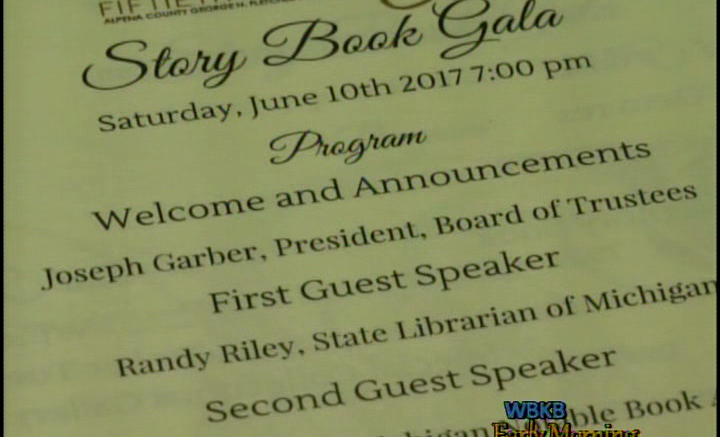 The Alpena County Library crossed a major milestone over the weekend celebrating their 50th Anniversary in their current location.

Although the library has been around for over 157 years, this anniversary is special because the 1967, 305 North 2nd Avenue where the present day Water Street connects with Carter Street still encourages locals to read, and learn more through a circulation of 64,425 items.

“Alpena’s lucky because this library has traditionally been a strong library serving this community. Libraries still are a big part of leveling that playing field in society where more and more people have access to technology but there’s still a significance population that does not and the library is a great place to go to use computers, and a good place to go to fill out job applications, tax forms, and ask for help for homework or whatever it may be. Libraries still do a big part of making sure everyone in our society has access to information,” State Librarian of Michigan, Randy Riley said.

The guest book author at Saturday’s event not only spoke about her book, and visiting islands and lakes throughout the state of Michigan, she noted how lucky the people of Alpena are to have such a great library on Lake Huron.

“I’ve not been to the lake shore in Alpena before, but I’ve been through Alpena with some family in Alpena when I was young. But I’ve never been to the Lake Huron shore here, and you’re really lucky,” Notable Michigan Book Author, Maureen Dunphy said.

Senator Stamas presented a plaque in honor of the anniversary. There were other awards presented as well. Proceeds at the Story Book Gala will benefit the Library Improvement Fund.