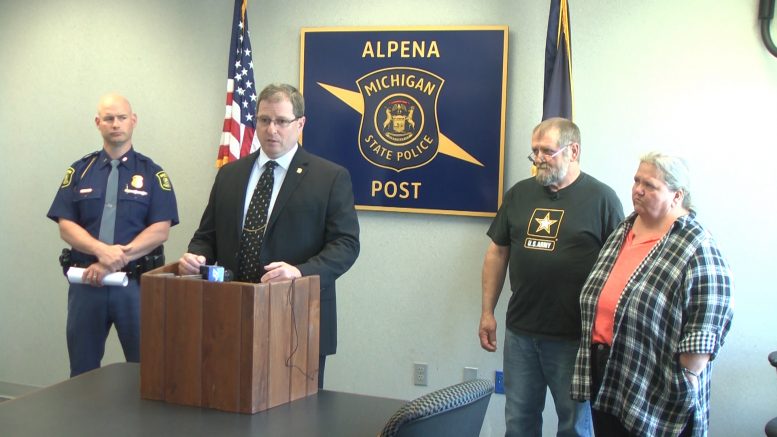 ALPENA, Mich. — A family is still grieving over the disappearance of their daughter. A close friend filed a missing person’s report of an Alpena County woman on June 12, 2012. Michigan State Police held a press conference Thursday to give a statement to the public, nearly seven years to the day after anyone saw or heard from Lisa Marie Knight.

“Lisa was just a happy person, she just loved life,” said Lisa’s father Marc Knight. “She liked horses. She dearly loved her children.” Lisa has four children. The eldest is 20 and the youngest is 8-years-old.

“We don’t have any peace,” said Marc. “We haven’t had peace since Lisa went missing.”

Detective sergeant Steve Harshberger said, “Lisa was known to be alive at the residence of her ex–husband Lloyd Frey in Ossineke. That would have been on the evening of June 8, 2012.”

“We firmly believe at this point that she is deceased,” said Harshberger.

Police see this case as an open sore. “Sometimes the community can kind of forget it and we don’t want that to happen,” said lieutenant Travis House.

“We have to believe that there are people out there who know something,” said Marc. A break in the case would mean Marc could once again find peace, knowing his daughter can be laid to rest.

The anniversary of Lisa Knight’s disappearance is Saturday, June 8.

Police will award $1,000 dollars to anyone with a lead to the resolution of this case. You can send a tip to Crime Stoppers 1-800-422-5245 or the Michigan State Police Alpena Post.