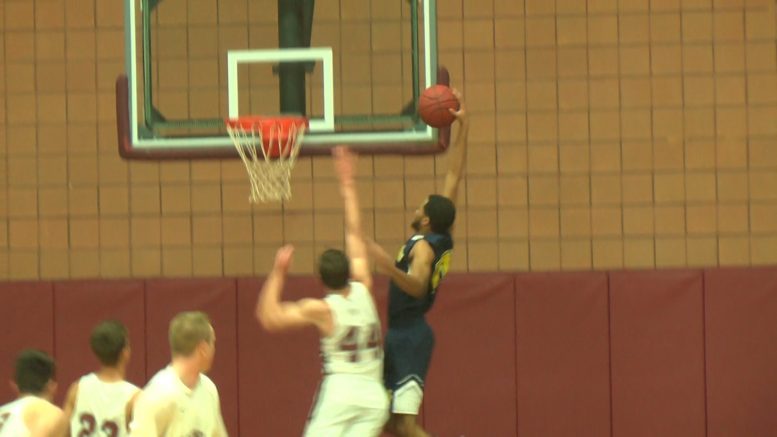 D'Juan Tayler goes up for the dunk in St. Clair's 106-75 victory over the Lumberjacks.

ALPENA — Both the ACC Lumberjacks and Ladyjacks are still searching for their first wins of the season. The two teams are now 0-10 on the season each.

The Ladyjacks trailed 29-23 at halftime, and found themselves down 46-39 after three. Missed shots and turnovers cost the women in the fourth quarter as Saint Clair held ACC to 5 points and ultimately won 66-44.

The men had a tale of two games. They struggled offensively early as the Skippers blocked the majority of Alepna’s shots and collected almost every rebound when a shot went through. Head Coach Mark Jacobs was visibly displeased with the effort throughout the first half and called multiple timeouts to address the team’s struggles.

Saint Clair’s D’Juan Tayler highlighted the first half with a huge dunk as Timothy Hopkins leaped out of bounds to save a play, but resulted in a turnover and dunk. Alpena trailed 53-27 after the first half. The Lumberjacks did a better job of keeping pace with the Skippers by putting up 49 in the second half, but ultimately fell 106-76.

Both teams have a two game road trip that begins against Oakland Community College on January 12th. The next home game for ACC is January 16th against Mott Community College. The women tip off first at 5:30pm, and the men follow at 7:30pm.