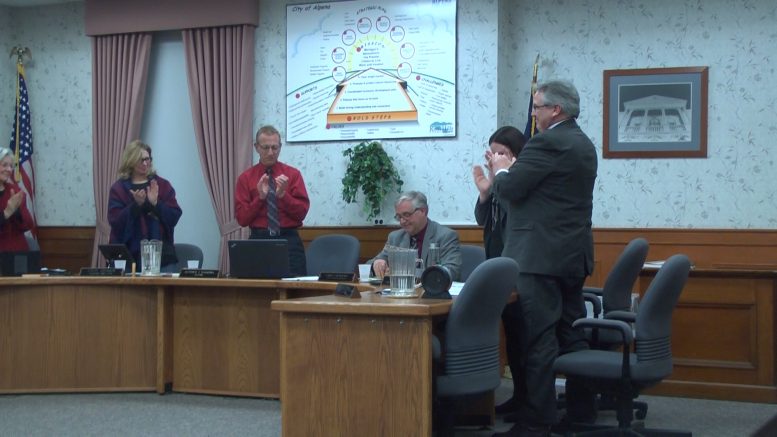 Alpena, Mich. — The city of Alpena will be losing one of it’s most dedicated employees in December.

City Manager Greg Sundin announced his plans to retire at last night’s city council meeting. After delivering his final ‘State of the City’ address, Sundin gave a heartfelt speech on his plans to retire. His last day will December 20, 2019. His actual retirement date will be in mid-January of next year.

Sundin started as a planning and development director with Alpena. He took over the role of city manager in 2012, serving over seven years in the role. Sundin thanked his colleagues and staff after 20+ years of service.

“Thank you for providing me with the opportunity to pursue two fascinating, challenging, and most of the time, fun careers with the City — one (Planner) I deliberately sought and the other (Manager) that sought me, even though I initially resisted. I look forward to my remaining ten months. There is much to do and much to accomplish.”

Sundin will carry out his duties until December. He will remain active in the community.