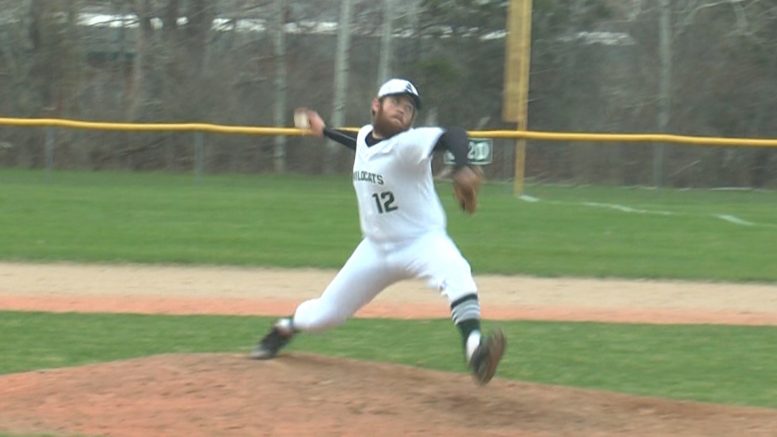 Bruz Copping threw a gem in the first game: throwing a complete game with 12 strikeouts, while only giving up 2 runs. Alpena pulled ahead in the second using some small ball. Both Clay Donajkowski and Alex Cosbitt dropped back-to-back bunts with runners on third to bring home 2 runs and take a 3-2 lead. The Wildcats would get RBI’s from Kyle VanDusen and Aidan Goike in the 4th to go ahead 5-2 and add an insurance run in the 6th as Donajkowski made it home on a passed ball.

The Wildcats had a balanced offensive effort in game two. Chris DeRocher led the pack with 4 RBIs in the win. Keegan Spomer owned the mound in the second game and never gave the Vikings a chance. Spomer pitched 6 innings while striking out 11 and giving up only 2 hits.

The wins improve Alpena to 9-3 on the year. The Wildcats are back at home on Friday for the MacKenzie Tournament. The first game starts at 4:30pm.

Excavation is underway at Park Family Field at Wildcat Stadium