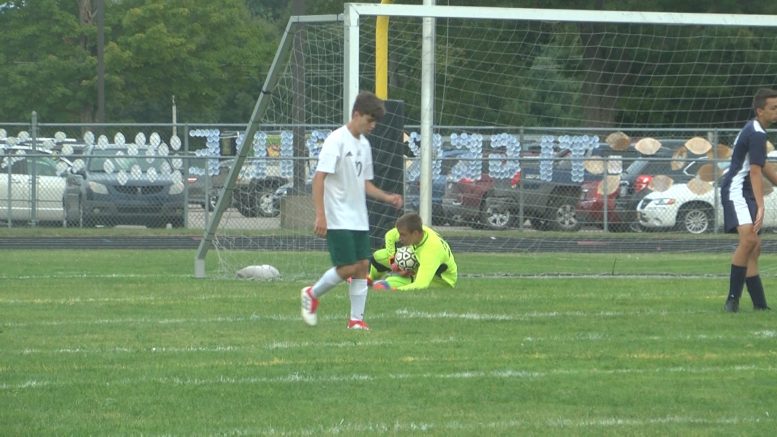 Alcona's Aidan Wrobel with a big save against Grayling.

ALCONA — The Alcona Tigers soccer team has played well so far this season. They have a 6-3 overall record and are 3-0 within their conference.

Grayling got ahead early thanks to goals by Arid Fairing and Mason Manning. Alcona’s Aidan Wrobel was simply unlucky in those cases and didn’t allow a goal the rest of the match. The second half was dominated by Wrobel’s ability to make big saves on tough shots.

Senior center midfield Josh Kilbourn created opportunities when he got the ball. Grayling’s keeper and defense seemed to be in the right place at the right time to counter his explosive ability on the field.

Alcona is participating in the Huron Invitational on Saturday in Alpena. Their first match is against the Tawas Braves. The tournament begins at 10am.