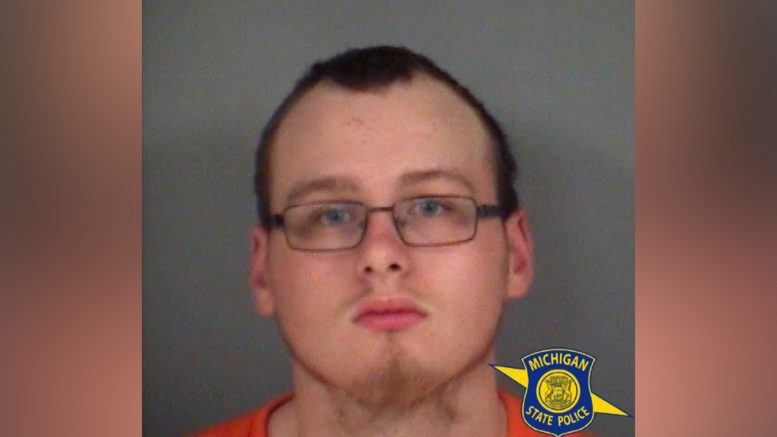 (Photo Courtesy/Michigan State Police) 19-year-old James Knapp of Alanson has been arrested for sexually assaulting a girl under the age of 13.

Onaway, Mich. — An Alanson man is behind bars after sexual assault of a girl under the age of 13.

The man was living with the girls family in Onaway at the time of the assault. Michigan State Police arrested 19–year–old James Knapp after a four month investigation. A worker at the Department of Health and Human Services contacted the MSP Gaylord Post to report that child may have been victimized.

Knapp was lodged in the Presque Isle County Jail on Tuesday. He was also arraigned in the 89th District Court where the judge assessed a $200,000 cash bond.