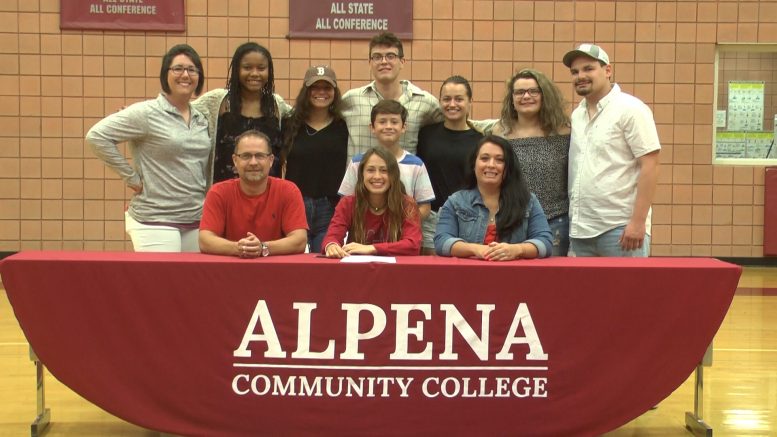 ALPENA, Mich. — The Lady Lumberjacks signed Big Rapids center fielder Annah Folkema to their lineup. The three-year varsity Cardinal relies on her speed in chasing pop us and her ability to throw out base runners from deep.

“She was amazing around the bases with a lot of speed,” said two-year ACC Softball Head Coach Christin Sobeck. “She really took command in the outfield.”

The former Cardinal plays softball all year long between training and summer travel ball with Quad City Storm. Now she is very excited to contribute to the Lumberjacks.

Alpena shuts out Cadillac in game one of home opener