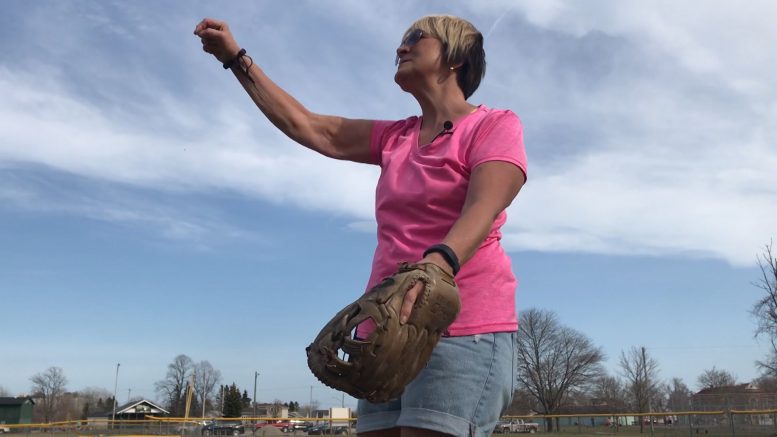 ALPENA – WBKB Sports reporter Skubie Mageza spends an entire day with Jan Kaiser. She is one of the 6 inductees for the 2018 Alpena Sports Hall of fame banquet. Athletic success seems to run deep in her family as she’s now the 3rd Kaiser member to be inducted into the hall of fame.

She began playing softball on April 19th, 1975 and  was one of Alpenas top softball players from the day she started playing. In her first season, Alpena finished the season with a 21-6 overall record that included a 7-0 start. During her three varsity seasons, Kaiser won 65 games in the circle and led the Wildcats in hitting and home runs. She would later play two seasons at Alpena Community College and see similar success.

As a multi sport athlete, Jan saw success in bowling and golf. She averaged a 185 average in Alpenas women’s bowling league and was named bowler of the year several times. On the golf course she is a two time Alpena Golf Club Champion and a three-time first flight winner.

5th Down: Alpena Escapes With 27-26 Victory Over Sault Ste. Marie