A storm system currently producing snow from the Chicago area back through central Nebraska will move toward the east-northeast. This event will be more significant for parts of Mid-Michigan and southern Michigan Tuesday. However, the northern edge of this system looks to brush by Northeast Michigan. The greatest chance of light snow will be south of Alpena, but a few light snow showers cannot be ruled out of Tuesday’s forecast around the Alpena area.

Futurecast shows the northern edge of the snow moving into Northeast Michigan Tuesday morning. The chance of snow showers will last through the afternoon. What’s left of this system will move out Tuesday evening, drier conditions will move in Tuesday night and Wednesday. Parts of Iosco and Ogemaw Counties could get up to 2 inchces of snow, but less than 1 inch is expected north of M-72.

It’s been a warm month so far with daily highs largely running above normal. The average of all the high temperatures so far this month sits about 6 degrees above the historical normal for January. The only below-normal day until now was this past Saturday. Looking ahead to the middle of this week, some chilly temperatures are in the forecast, getting a few degrees cooler than typical values for late-January. 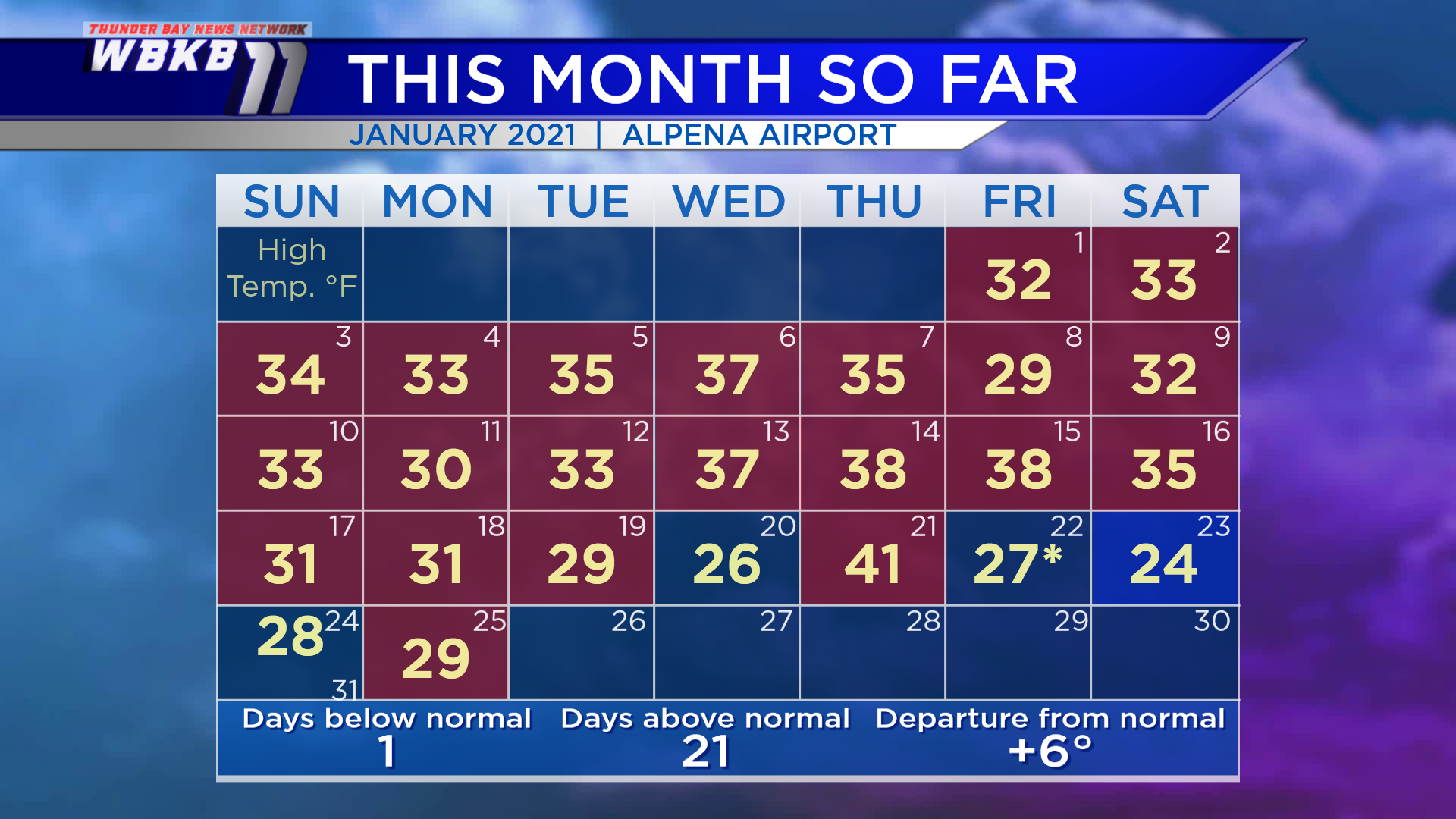 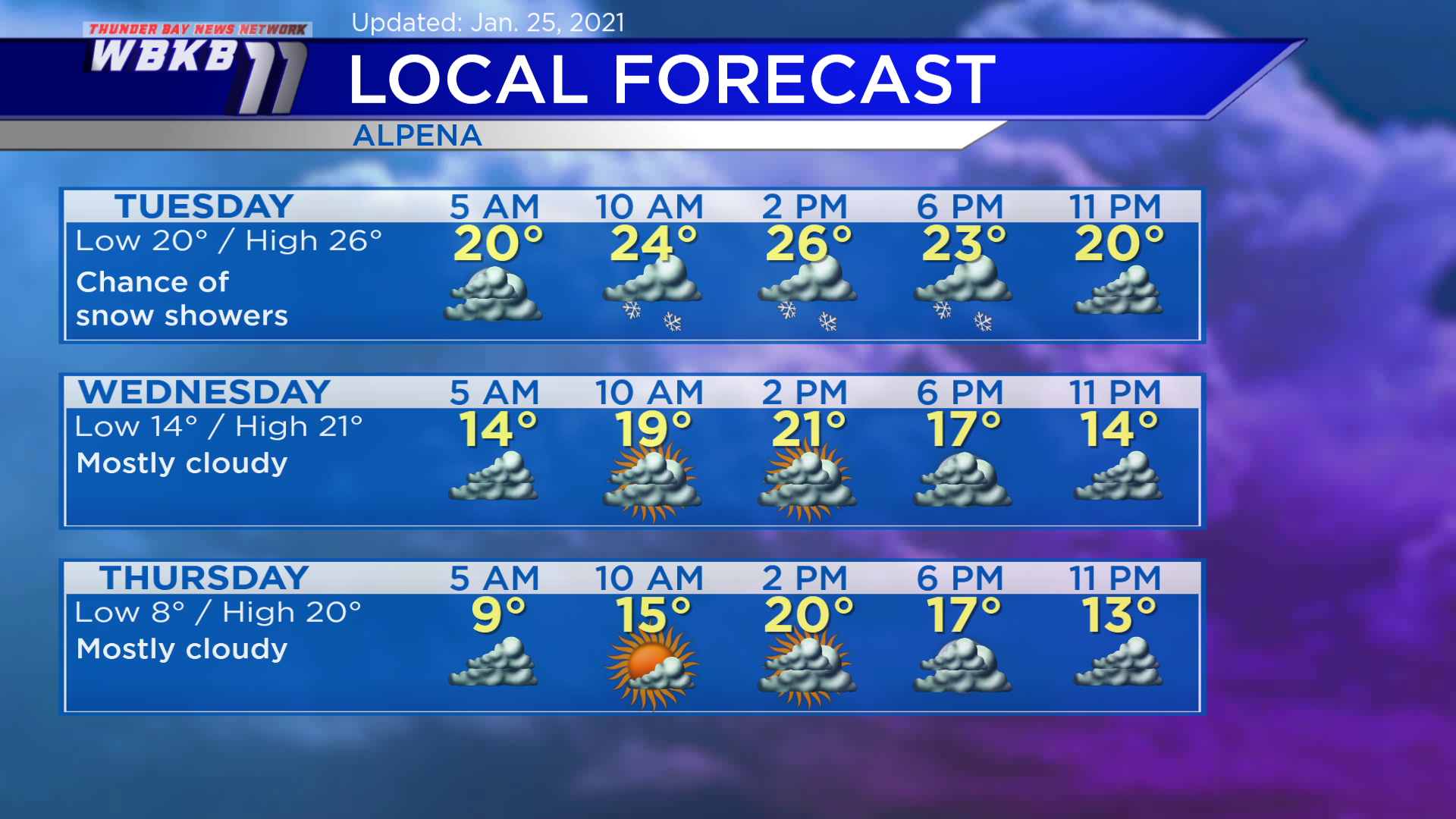