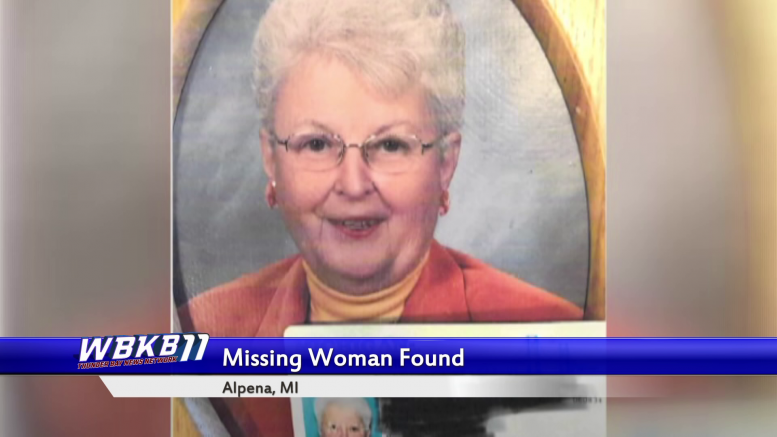 Thanks to the search and rescue efforts of officials in Alpena and K-9 units from out of town an 84–year–old Alpena women has been found safe.

According to the Alpena Police Department, Eloise Shubert who has dementia was found at a nearby residence home after being reported missing around 5:30 Saturday evening.

Shubert was found around 10:30 pm after wandering around Tuttle Street entering the home of a neighbor while he was away.

The Alpena Police Department, The Alpena County Sheriff’s Department/Search and Rescue Unit, Michigan State Police, and the Alpena Fire Department were all hands on deck in efforts to find Ms. Shubert.