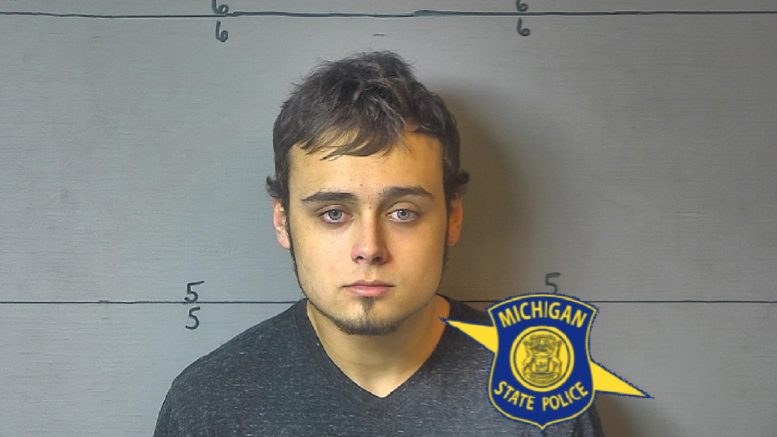 (Photo Courtesy/Michigan State Police) 21-year-old Mason William Stafford fled on foot from the Alcona County Courthouse as he was awaiting a transfer to the Iosco County Jail.

Harrisville, Michigan — the 81st district court in Alcona County had a runner yesterday.

21–year–old Mason William Stafford was awaiting transportation to the Iosco County Jail after failing to comply with the terms and conditions of drug court in Alcona County. That’s when he darted from the courthouse on foot.

The 21-year-old was being held on a warrant from Iosco County after being discharged from the drug court program. Michigan State Police Troopers located Stafford with the help of a K-9 unit.

The young man was approximately a half mile away hiding beneath a downed tree in the woods. Stafford was taken into custody and lodged at Alcona County Jail.

He waived his rights and pleaded guilty to escape from lawful custody, a 1 year misdemeanor. He is scheduled for sentencing on January 23rd.

Photo of the Day for Tuesday, January 22